You’ve got yourself a copy of Wheelman, installed on your PC, but couldn’t make the game pass the grey start menu? Well, then you’ve probably have a PC with ATI graphics card and installed latest ATI drivers, as it’s been suggested at Wheelman readme.txt. 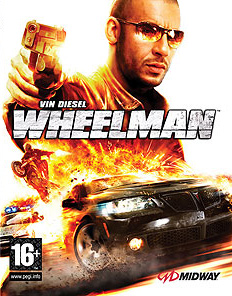 Bad news is Wheelman hangs on the start menu screen with the latest ATI drivers. Good news is downgrading your graphic cards drivers to previous versions can solve your problem.

I had ATI Catalyst v9.8 installed on my PC, which has a Sapphire ATI 4850, when I installed Wheelman, and it failed. Than I’ve tried the latest v9.9 (as of 11th of September, 2009), and it failed too. After that, I digged into Google and found a guy with the same problem, who told on the Ubisoft forums that downgrading the driver worked for him. I have uninstalled the latest drivers and installed v9.2, as he suggested, and game started working fine :)

My problem with Philips has been resolved