Warning: Spoiler ahead. Don’t go any further unless you’ve already seen the movie.

Just watched the Wreck-it Ralph, which is considered by most of the critics as one of the serious contenders for the “Best Animated Film of the Year” at Oscars. 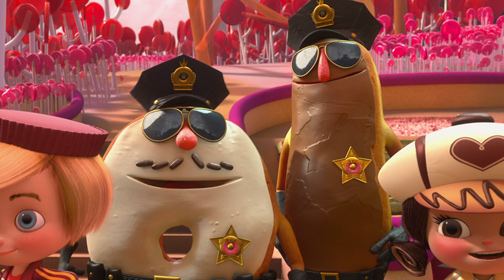 Movie was fun with lots of carefully crafted references to many popular arcade games, and I was really enjoying it until I see the scene where Ralph returns to the game he belongs with a medal on his neck. There, rather than the standing ovation he is expecting, he finds out that everyone has panicked and left the game. Gene, the only person hasn’t left the building yet, tells him that it’s his fault that everyone is gone. According to Gene, because Ralph left the game, Felix went looking for him and everybody left afterwards because they were afraid of Litwak’s plan to unplug the game in the morning. He tells Ralph, “you actually went and did it”.

After that, we all realize why he wasn’t left and waited for Ralph. Because Gene, who literally started all the adventure by insulting Ralph and refusing him to accept to their “high” society, is a “man of his word”. He throws the key to the penthouse to Ralph with another despising remark; “Well, now you can live alone in the penthouse”. Then we see Ralph standing devastated with a golden key in his hand, while he walks through the door.

I believe this scene ruined the idea behind the whole movie with its flawed message. Accept your place told you by the “higher” members of the society? Obey the hierarchy, or else society will fail and you’ll even lose your beloved dump? This is justifying social stratification, this is praising caste!

In my opinion, instead of receptively listening to his disturbing “shame on you” speech, Ralph should have punched Gene out of the game to the sewers of Mario, so he can chase mushrooms for the rest of his life to get high and dream of a princess that he’ll never reach. Because Ralph didn’t wreck it, they did.

Hope they don’t get an Oscar for this.

Easy way to automatically post your tweets to LinkedIn