Radikal, a Turkish newspaper with a name coming from the adopted English word “radical”, overhauled its physical form and welcomed readers with its new tabloid-ish size today.

I say tabloid-ish because the papers’ new size is little bigger than the tabloid standard. According to their new editor in chief Mr. Can, they choose this format – the “Radikal Size” – because it suits better for Turkish readers needs (comparing it with the tabloid size) and, combined with contextual changes, this represents “a radical revolution in media”. 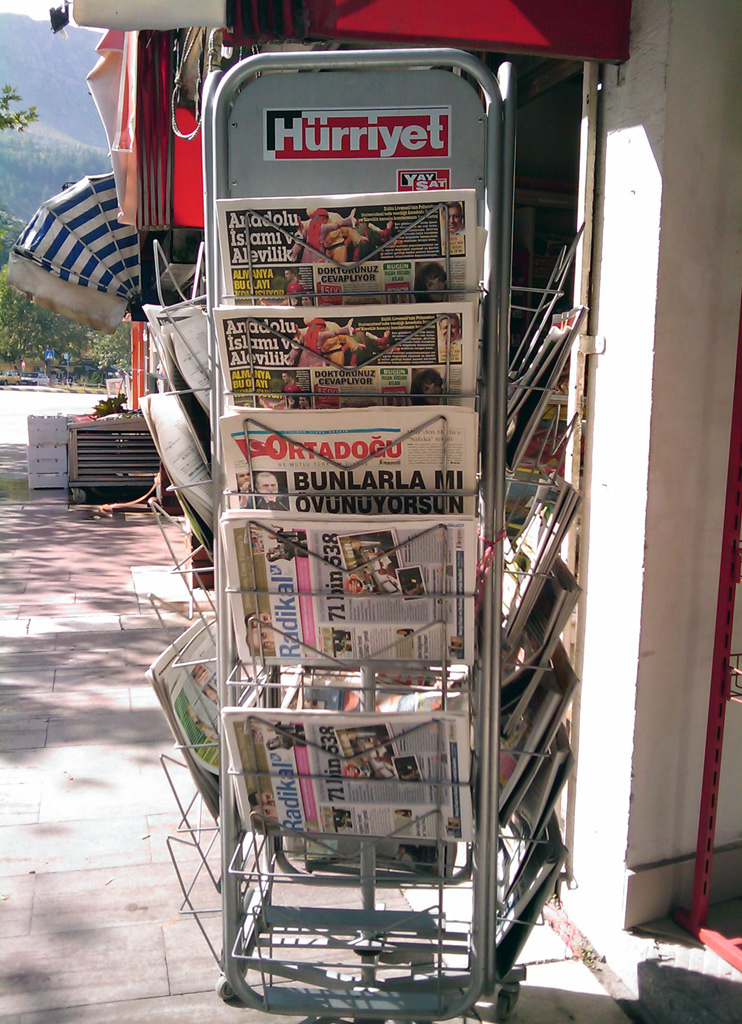 I have to admit that I liked the new size. It’s now much easier to read the paper, i.e. you don’t need think if you’re going to disturb the by-sitter on the bus while turning the page. However, contrary to the Mr. Can’s idea, I think they choose this size not because of the limitations of the tabloid, but because of the newspaper stands here in Turkey.

Since all newspapers in Turkey use the traditional “broadsheet format”, stands have pockets for holding broadsheet newspapers folded in two. If they would have gone for tabloid instead of their current format, Radikal would fell short in size when presented with traditional newspapers in conventional stands and, to the untrained eye, image of Radikal would seem more like a magazine than a newspaper, which obviously would affect their sales in return.

Radikal’s new size is equal to a traditional broadsheet newspapers’ size when folded in two and, as you can easily see in the picture I took on the top left, the first thing a reader probably recognize would be its layout, rather than its size. I think what Radikal doing here is trying to soften the switch by mimicking the traditional.

I hope their clever marketing trick will ease the consequences of their revolution bold move :)

OK, I give up; I now have a Facebook profile