Google released an application called My Tracks for its mobile platform, Android. It simply record tracks of your outdoor activities via built-in GPS functionality. The application is also allowing you to share your activities with the rest of the world via Google Maps, and build a history via Google Docs. Best part is; according to FAQ, you don’t need a data or cell connection while recording your track; 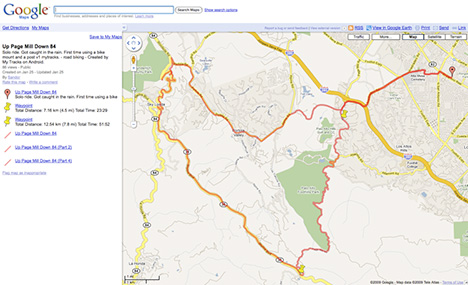 I hope this application will be available to other platforms soon. The only similar thing I’ve been able to found for Windows Mobile platform was MyMotion, which is able to use downloaded maps (from Google Maps) offline. Never tried it after I’ve read that it is problematic in HTC Touch Diamond though.